Revisited Myth #12: From the ancient Greeks to colonial America, the pineapple has long been a symbol of hospitality.

The myth of the pineapple as a symbol of hospitality is a powerful one.  You hear it in most historic houses, usually in a dining room or bedroom when the tour guide points to a pineapple table centerpiece or a pineapply-carved bedpost and explains that the pineapple was served to guests as an expression of hospitality because it was so rare.  Rare it was indeed, and relatively expensive, coming all the way from the West Indian tropics to American ports—the pineapple would have been a treat on any early American table.  But there is not a shred of evidence that anyone at the time thought of the fruit as a symbol of hospitality. That idea came much later, in fact, not until the early twentieth century.

So how did this widely believed myth get started? Early Spanish and Portuguese explorers were the first Europeans to discover the pineapple, called na-na, by the natives. The Portuguese ananaz and the French ananas no doubt derive from this native word, but the English called the new fruit a “pine-apple,” a word heretofore interchangeable with “pine-cone,” because it so resembled the pinecones they already knew.  The pinecone had strong and ancient ties to Dionysus, the Greek god of wine—Bacchus to the Romans—who carried a thyrsus, a staff entwined with grape vines and topped by a pinecone.  (That association related to the use of pine resin in the making of wine, Bacchus’s favorite beverage.) Ever since classical times, the pinecone has symbolized fertility and regeneration and it has been used over the centuries as a decorative motif.  It is really the pinecone that the colonists were using in their decorative arts, evoking the classical symbolism that they, educated in the classics, understood very well.  (It’s a bit of a stretch to think our colonial forebears were carving pineapples on their bedposts as welcome-to-my-bed hospitality symbols.)

Yes, they did also use pineapple imagery sometimes–I’m thinking of the ceramic pineapple dishes at Colonial Williamsburg’s museums, for example, and the architectural elements at Shirley and Westover Plantations. But these were celebrations of the exotic fruit, not expressions of hospitality.

Amateur historian Melvin Fulks, who has spent decades gathering information about the origins of pineapple/pinecone symbolism, says that the earliest incidence of the “pineapple as hospitality” story he has been able to find comes from a 1935 book about Hawaii. a Dole publication encouraging people to eat canned pineapple and visit lovely Hawaii.

The pineapple myth simply refuses to die an honorable death. Unfortunately, it has spawned several children that are even more absurd than the parent. One blog reader reported: “I was told by the tour guide at . . . that the pineapple in the bedroom was a subtle suggestion that the guest was no longer welcome. Perhaps a parting gift?” A tour guide wrote that a visitor told her that when a homeowner got tired of his overnight guest, he would leave a pineapple on the guest’s bed as an unspoken message to move on. Yet another said that returning sea captains would stick a pineapple on the fencepost or set it on the front porch to let neighbors know he was home and ready for hospitality. What nonsense! I’m sure there are more.

For an excellent, exhaustive, and I think definitive article about the pineapple, you can’t beat Michael Olmert’s “The Hospitable Pineapple” in the Winter 1997-1998 issue of the Colonial Williamsburg Journal which, sadly, is not available online. You can always write to Colonial Williamsburg for a back issue. Professor Olmert teaches at the University of Maryland and one of his specialties is the 17th and 18th centuries.

Here is a passage from that piece: 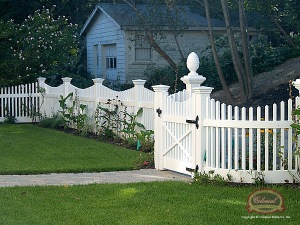 “And here is what we do not know about pineapples: that they had anything at all to do with hospitality in the 17th and 18th centuries. It’s hard to imagine a ship captain sacrificing something so rare and expensive and tasty as a pineapple by spiking it on his door, his roof, or his garden gate–as it says on the card that comes with the little brass pineapple bookmark sold today in gift shops.”

Bingo–it is the gift shops sales clerks and other salespeople who perpetuate this myth for the boost it gives to the sale of pineapple-themed merchandise. And frankly, today it is true! After almost a century of repetition, the pineapple has come to symbolize hospitality. However, no one has yet been able to point to an example of that association in the 17th, 18th, or 19th centuries.

This entry was posted on Thursday, April 17th, 2014 at 9:22 am and is filed under Architectural Features, Food & Beverages, Furniture and Furnishings. You can follow any responses to this entry through the RSS 2.0 feed. You can leave a response, or trackback from your own site.

14 Responses to Revisited Myth #12: From the ancient Greeks to colonial America, the pineapple has long been a symbol of hospitality.