Revisited Myth #27: Tables with mirrors underneath were called “petticoat mirrors” because their purpose was to allow women to make sure their petticoats weren’t showing. 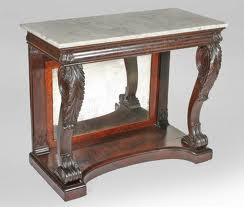 The correct name for tables with mirrors like these are “pier tables” because they were intended for the space between two windows, called a pier. Usually a mirror was fixed below the table, sometimes above it. The purpose was both decorative and to reflect the light around the room, not to check petticoats.

Katherine Keena, interim director at the Juliette Gordon Low Birthplace in Savannah, wrote, “I think the origin (or one origin) of this myth is confusion about the word pier vs peer. We have a large pier mirror, and years ago I discovered some people thought it was a peer mirror for peering into!”

The Clermont State Historic Site in New York has an excellent website that deals with this myth, so I won’t steal their thunder by repeating their story about what happened when someone actually tried to check her petticoat. Others, including the folks at the DAR Museum in Washington, have tried the same experiment with similar results. 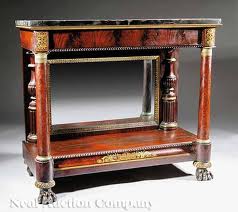 This entry was posted on Sunday, September 21st, 2014 at 3:52 pm and is filed under Architectural Features, Furniture and Furnishings. You can follow any responses to this entry through the RSS 2.0 feed. You can leave a response, or trackback from your own site.

One Response to Revisited Myth #27: Tables with mirrors underneath were called “petticoat mirrors” because their purpose was to allow women to make sure their petticoats weren’t showing.