Myths about Generals Lee and Grant 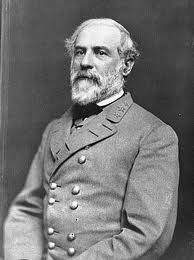 Last week I invited readers to debunk a favorite myth of their own, and Gary Adams became our first guest blogger:
My name is Gary Adams and I run a Face Book group by the name of Southern Heritage Preservation. Don’t allow the name to fool you– our goal is that of  Cicero: “THE FIRST law of the historian is that he shall never dare utter an untruth. The second is that he shall suppress nothing that is true. Moreover, there shall be no suspicion of partiality in his writing, or of malice.”  After what Southroners call “the war,” events and remarks were recorded by various sources that “usually” ensured the event and quote were correct, but that was not the case during the ear in question.  We take these stories and adages and examine them and have found more than a dozen to be false and many more questionable.  If you enjoy Civil War history, please feel free to join us.
“Tell Hill he must come up … Strike the tent.” were reported as the last words of General Robert E. Lee. There are suggestions that Lee’s autobiographer, Douglas Southall Freeman, embellished Lee’s final moments.  Lee suffered a stroke on September 28, 1870. He died two weeks later, on October 12, 1870, shortly after 9 a.m., from the effects of pneumonia. Lee’s stroke had resulted in aphasia, rendering him unable to speak. When interviewed, the four attending physicians and family members stated “he had not spoken since 28 September…”.  We had to dig through the obituary and newspaper interviews to collect this material. 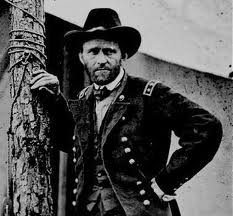 Many Southron love to post this statement attributed General Grant: “If I thought this war was to abolish slavery, I would resign my commission and offer my sword to the other side.”  They argue that this proves the war was not over slavery. While I personally agree, this is not proof as indeed, it is political lie.  We managed to track it down to a comment made by a political opponent running against Grant for President.  Here is the reference to the original newspaper and documentation. The quotation is but another myth.  (http://query.nytimes.com/mem/archive-free/pdf?res=F20813F7355C1A7493C2AA1783D85F468784F9)
I would like to thank Mary Theobald for allowing me to address her audience and to thank you for taking the time to visit her site.
Gary Adams, President SHPG

This entry was posted on Sunday, September 18th, 2011 at 12:32 pm and is filed under Weapons. You can follow any responses to this entry through the RSS 2.0 feed. You can leave a response, or trackback from your own site.

3 Responses to Myths about Generals Lee and Grant